Foundation for Australian Literary Studies About FALS Board of Directors Dr Paul Hardisty is currently the CEO of the Australian Institute of Marine Science, the country's national marine research agency. He has spent over 30 years working all over the world as an environmental engineer.

His love of literature goes back to his earliest days, fuelled by parents who loved to read and travel. He wrote his first story at 5 on his dad's old typewriter, and is now the author of five novels, including The Abrupt Physics of Dying (Orenda Books, 2015), which was shortlisted for the CWA New Blood Dagger. His latest novel Turbulent Wake, was named by several UK book sites as their Book of the Year for 2019.  His sixth novel, 7, is due out in 2022. Paul lives in Townsville with his wife Heidi. Victoria Kuttainen, Associate Prof. of English and Writing at JCU, holds a BA Hons and MA from the University of British Columbia, and gained a PhD from the University of Queensland when she came to Australia as an international student on a double scholarship (SSHRC/UQIPRS) to study with the Postcolonial Research Group at UQ. Her primary areas of research in literature studies are the literatures of Australia and Canada, magazine modernisms, settler colonialism, transnationalism, and the print culture of late colonial modernity.

Recent publications include the 2018 book The Transported Imagination: Australian Interwar Magazines and the Geographical Imaginaries of Colonial Modernity (co-authored by Susann Liebich and Sarah Galletly), and a 2019 article 'Lost in the (National) Archive: The Modern Girl and the Magazine’ that appeared in a special cluster on magazines and digital humanities in Modernism/modernity.

Victoria serves on the Advisory Board for the Australasian Consortium of Humanities Research Centres (ACHRC) as well as on the editorial board of the Palgrave McMillan series Material Modernisms.

She is an award-winning lecturer and an enthusiastic promoter of the role of Arts and Humanities in community, especially in the regions.  In 2019 she was the Writer in Residence at The Historic Joy Kogawa House in Vancouver, Canada.

Tricia is a Director of a number of companies, including:

Tricia has over 30 years’ experience in the higher education sector, the majority of which has been operating at senior executive and management levels. She holds a Bachelor of Commerce degree and postgraduate qualification of CPA and is a Fellow of CPA Australia, Australian Institute of Company Directors and the Australian Institute of Management.

John is the Manager Director and Principal Consultant for The Chandler Group Pty Ltd. John has worked in the Higher Education sector for over twenty-five years and now consults in a range of fields associated with education and management. He has also been a board member for a number of organisations including Australian Festival of Chamber Music. 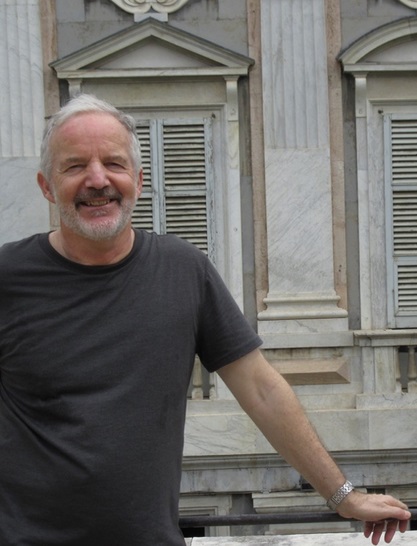 He has also taught and lectured widely in Europe and North America. He is fluent in French and German.

The author of numerous monographs, biographies and editions, his most recent book was The Experimental Fiction of Murray Bail (Amherst: Cambria Press, 2012). He is currently researching Christina Stead and the Socialist Heritage with an ARC Discovery Grant. 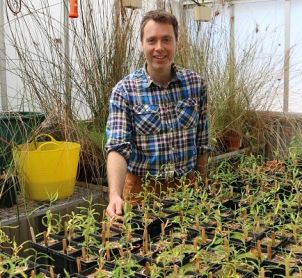 Thomas Bristow is an editor, researcher, and writer.

Since taking on the role of President of the Association for Study of Literature, Environment, and Culture (Australia and New Zealand) in 2014, he has been a contributing editor to the journal Philosophy Activism Nature (PAN); he was elected editor-in-chief in 2018. Thomas is the environmental humanities series editor at Routledge (Literature, Media, and Culture).

Thomas has written a monograph on poetry in the Anthropocene, co-edited The Cultural History of Climate Change and published thirty items (articles and book chapters for academic journals and presses) on the relationship between literature and the environment. He is currently engaged on two monograph projects (elegy, the novel as a genre), a poetry pamphlet on the Great Barrier Reef and islands close to the Queensland coast, and two podcast series on Australian literature. Mary Gallagher has taught English and Australian Literature at the University of Queensland, James Cook University and the Townsville College of Advanced Education, developing a specialised knowledge of Australian literature. She was the Head Librarian at the Barrier Reef Institute of TAFE from 1988 to 2007.

During the many years that Don Gallagher, as Executive Director, was the mainstay of the Foundation, Mary read and discussed entries to facilitate the judging, publicised books and events, organised annual dinners and looked after visiting lecturers and prize winners. Together the Gallaghers achieved one of Colin and Margaret Roderick’s main aims for the Foundation: the involvement of ‘town’ as well as ‘gown’ in the appreciation of Australian literature, notably by encouraging the participation of local readers, book groups, and the general public in Foundation activities, lectures, dinners and interactions with visiting writers.

Mary supported fresh initiatives for FALS, cooperated in cultural events with other bodies such as the Townsville City Council, its Library and Perc Tucker Gallery, and fostered generational change by bringing new and younger directors on to the Board.

Bethany Keats is a former ABC Radio Australia producer and journalist, and currently works as a media advisor for the Innovative Research Universities. She is also pursuing a PhD in creative writing at James Cook University.

Bethany is the coordinator of the FALS Book Club, which she aims to be inclusive of all genres and welcoming to all readers, and takes care of our media and social media.

She has a Master of Marketing in Public Relations and Image Marketing from Deakin University, a Bachelor of Arts (Languages) in Japanese and Spanish from Monash University (which included Spanish literature), and a Diploma of Sustainable Living from the University of Tasmania.

Bethany is a former board member of 94.7 The Pulse community radio in Geelong.

Helene Kotzas-Lazaredes is a High School English teacher and has been a faithful FALS supporter since 1998.

At the urging of lecturers: Don Gallagher, Anthony Hassall, John Grey and Peter Pierce, Helene and the rest of her Honours cohort attended the annual Colin Roderick Award Dinner and she was overwhelmed by the enthusiasm for Australian Literature in our regional city.

Her interest in the local arts and theatre community meant that she came into regular contact with Don and Mary Gallagher who encouraged her to become actively involved on the FALS board as a member of the non-academic community.

Helene is dedicated to supporting the ongoing study of Australian Literature through her professional role as a Senior English and Literature teacher.

Roger Osborne is a Senior Lecturer in English and Writing at JCU.

Roger’s research program concentrates on Australian literature and British Modernism seen through the lens of book history, magazine culture, and scholarly editing. He is a contributing editor to the Cambridge Edition of the Works of Joseph Conrad, delivering an edition of Under Western Eyes in 2013, and working towards an edition of Nostromo, widely considered Conrad's modernist masterpiece.

Roger’s work on the trans-national nature of Australian print culture has been published widely, and his co-authored book, Australian Books and Authors in the American Marketplace 1840s-1940s, the first of two projected volumes, was published by Sydney University Press in 2018. His Joseph Furphy Digital Archive was published in 2015, and a book-length study of Furphy's Such is Life will be published by Sydney University Press in March 2022.

Roger is a Chief Investigator on the ARC-funded Special Research Initiative, “Read all about it: Digital participation in Australian Newspapers” (SR200200521, 2021–24). The Project aims to transform understandings of Australian literary history by using innovative digital methods to discover, curate and investigate tens of thousands of unrecorded novels, novellas and short stories in 20th-century Australian newspapers. It intends to advance national research capacity by facilitating collaboration, providing research training and making a substantial contribution to open-access, sustainable digital infrastructure for Australian literary studies.