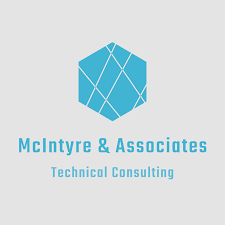 History of the prize

This prize was founded in 1989 with an endowment from the then McIntyre and Associations Pty Ltd to honour John McIntyre OBE, AM on the occasion of his retirement. Mr McIntyre was the founder of McIntyre & Associates, a civil engineering firm, and was awarded the Order of the British Empire in 1984 and a Member of the Order of Australia in 1992. Mr McIntyre's association with JCU began in 1970 when he was appointed a member of the Engineering Advisory Committee. He was appointed a member of the Faculty of Engineering and he held this position continuously until the late 1980s. He was awarded an Honorary Doctor of Engineering by JCU on the 16 April 1994. The prize is awarded to the best postgraduate candidate researching disciplines within Civil and Environment Engineering, in the first year of study. The recipient may be a domestic or overseas student but preference is given to domestic students.

Awarded to the postgraduate candidate who is undertaking research in disciplines within Civil and Environmental Engineering, and is deemed to have achieved outstanding results in their first year of study.