College of Medicine and Dentistry Research Trauma care in the Tropics

Trauma care in the Tropics

Professor Dobson's research strategy is to tap into hundreds of millions of years of animal adaptations  in Nature's own laboratory, and apply them to develop new therapeutics to treat human disease 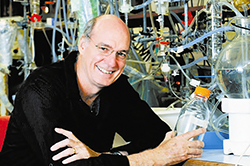 The Heart, Trauma and Sepsis (HTS) Laboratory is located in the College of Medicine and Dentistry and Australian Institute of Tropical Health and Medicine (AITHM). Our group is developing new drug therapies to address major unmet needs in medicine. Experimental and theoretical studies contribute to the breadth of its scope. The small research team is led by Professor Geoffrey Dobson and Hayley Letson with Ph.D. students Maddison Griffin and Kathy Sloots. Cardiac surgeon Rajiv Sharma and orthopaedic scientist Andrea Grant have recently joined the group within the COHORT Doctoral Studies Program.  Many of the ideas in the HTS laboratory have been borrowed from the ‘tricks’ of natural hibernating animals, who possess the extraordinary ability to lower their energy demand by up to 98% during times of stress. The working hypotheses underpinning much of the lab’s work is that treating an injury or sickness involves defending or ‘resetting’ the body’s internal ‘balance’ from ‘overshooting’ and thereby reducing the impact of the initial ‘stressor’ and secondary ‘hit’ complications. Thus our research targets the patient’s response to the stressor, not treat the stressor (injury or pathogen) itself. unprecedented challenges in myocardial protection in older and higher-risk patients with multiple comorbidities. One area identified as a contributor to sub-optimal cardioprotection, and possibly whole body protection, is high potassium cardioplegia.  Prolonged K+ depolarization leads to: 1) Na+ and Ca2+ loading; 2) coronary vasoconstriction and spasm; 3) endothelial damage; 4) post-operative arrhythmias and conduction disturbances, and 5) low cardiac output and ventricular stunning. In 1998 Prof. Dobson utilized the August Krogh principle and asked: “Could the human heart in cardiac surgery be pharmacologically manipulated to operate more like the heart of a natural hibernator?”.  Natural hibernators are extraordinary animals and do not flood their heart with high potassium during their overwintering states, as is standard practice in cardiac surgery today.  The objective was to arrest the human heart at its natural resting or ‘polarised’ membrane potential (-80 mV) by: 1) inhibiting the voltage-dependent Na+ fast channels responsible for the phase O upstroke of the action potential (AP) (lidocaine), and 2) simultaneously decreasing the AP duration assisted by opening K+ATP channels (adenosine). Lidocaine-HCl was chosen to block Na+ entry, adenosine was employed as a K+ATP opener via A1 receptor activation, and magnesium was included to reduce Ca2+ entry and protect the heart from ischemia-reperfusion injury and post-operative arrhythmias.

The next series of indications for ALM came from witnessing the human heart spontaneously reanimating after complex cardiac operations with very little inotropic support. The question was asked could ALM, at lower, non-arresting doses, protect the heart and body during myocardial infarction and major trauma such as haemorrhagic shock, surgery, sepsis or traumatic brain injury (TBI)? Despite a technically perfect surgical procedure, the effect of surgical stress can determine the success or failure of an operation. Surgical trauma is emerging as a public-health crisis in terms of patient numbers, perioperative care and costs. Globally over 230 million major surgeries are performed each year, and depending upon country and institution, up to 4% of patients will die before hospital discharge, and up to 15% will have serious post-operative morbidity including a higher susceptibility to infection. These statistics equate to around 1000 deaths and 4000 major complications every hour around the world, and up to 50% may be preventable. In the Heart, Trauma and Sepsis Research Laboratory, we are developing new intravenous therapies to reduce trauma on the patient undergoing cardiac and orthopaedic surgery. Our goal is to improve ventricular-arterial coupling and flow-transfer relations between the central nervous system, vascular endothelium and tissue O2 demand. It is proposed that this new Central-CardioVascular-Endothelium (CCVE) coupling strategy will reduce surgical stress by reducing inflammation and coagulation imbalances, thereby reducing “secondary hit” post-operative complications including immunosuppression and infection. Since multiple injury cascades are activated in all forms of critical illness, accidental trauma, haemorrhage, infection or burns, drugs that improve CCVE coupling may find wide utility in civilian and military medicine, including stabilization of the patient/casualty in remote locations.

The “golden hour” of trauma care is a meaningless concept in

many Tropical Regional, Rural and Remote Communities. The vast distances and diversity of climates and terrains that lie north of the Tropic of Capricorn and covers 40% of Australia places major limitations on treating trauma and critically ill patients in these pre-hospital settings and aeromedical retrieval to definitive care. Time is the killer. In the Heart, Trauma and Sepsis Research Laboratory, we are working with the US Special Operations Command and US Navy to develop a new ultra-small volume 3% NaCl adenosine, lidocaine and Mg2+ (ALM) bolus and 0.9% NaCl/ALM ‘drip’ therapy to treat severe internal haemorrhage and shock in combatants in far-forward, austere locations. In 2015 we showed that the therapy reduced internal blood loss by 60% over a 5 hour period. This new trauma initiative aligns with the missions of the Australian and Queensland Governments, CareFlight Australia, the Flying Doctor Service, Paramedics Australasia, and International and the National Critical Care and Trauma Response Centres.  The new fluid therapy also addresses the urgent need for new medical breakthrough drugs for mass-casualty and humanitarian relief operations in the Asia-Pacific Region, PNG, the Torres Strait Islands and wider Pacific Oceania. The initiative may also assist Australia’s rapid first responder teams for disaster management, mass casualty incidents and biosecurity preparedness. High quality pre-hospital care with rapid access to aeromedical transport is paramount to an effective and efficient health care system in the Tropical North. The fluid may also be applicable to treating post-partum haemorrhage and capacity building initiatives are underway to include these in the laboratory. 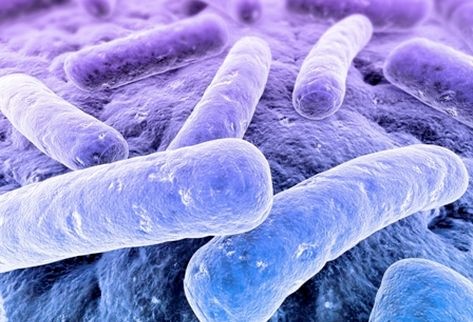 One thousand people around the world die of sepsis every single hour. Globally, over 18 million cases of severe sepsis are reported each year, and one in every three will die despite the best medical treatment. No drug therapy currently exists to treat sepsis. Sepsis is normally typically triggered by bacterial infections such as pneumonia, or viral infections like influenza, and in extreme cases from the Ebola or Marburg virus, which are associated with severe bleeding. Sepsis arises from the body attacking itself and is triggered by an out-of-control inflammatory response. Furthermore, during the Iraq and Afghanistan wars, about 25% of combat casualties were found to develop infections, and this rate approached 50% in patients requiring intensive care unit admission. Inflammatory control is of key importance to the treatment. Maddison Griffin’s 2016 study has shown in the rat model of experimental sepsis that the ALM fluid therapy resulted in one death at Day 5 compared to 75% mortality in controls. This difference in survivability between ALM therapy versus 0.9% saline controls is striking given that: 1) the total drug volume administered was ~1.6 ml per animal over 4 hours (~6% of blood volume), 2) the treatment time was 2.8% of the total 6-day experimental sepsis, and 3) there were no antibiotics. The data suggest that the drug therapy was not pathogen-directed, which may help explain why it confers broad-spectrum protection against a range of trauma states, including the trauma of surgery. The possibility also exists that the ALM therapy may assist the host to fight other bacterial, viral, and parasitic infectious diseases, including buying valuable time for victims of Ebola and other viral haemorrhagic diseases such as Dengue. The humanitarian relevance may be significant in Africa and in other parts of the world.

Traumatic brain injury (TBI) is a major cause of mortality and

morbidity on the battlefield, in civilian war zones and following terrorist attacks.  Despite decades of research, new frontline drug therapies are urgently required to reduce or prevent the development of secondary brain injury. We have developed a new small-volume 3% NaCl adenosine, lidocaine and Mg2+ (ALM) bolus and 0.9% NaCl/ALM ‘drip’ therapy for uncontrolled truncal blood loss and shock, and the same solution has been shown to protect against TBI. We showed that the fluid therapy increased survivability after TBI, prevented neurogenic cardiac depression, right heart enlargement and corrected coagulopathy compared to 3% NaCl controls. On the left are representative photos of the rat brain after 4 hours mTBI with and without 3% NaCl ALM therapy. Further mechanistic studies and post-injury cognition tests are required. The new ALM frontline resuscitation therapy may improve the capability of SOF combat medic/corpsman to treat combatants with suspected TBI in far-forward environments. The therapy may also have wide applications in tropical rural and remote and urban environments, car and farm accidents, sports injuries, one-punch assaults, mass casualty events and terrorist attacks.