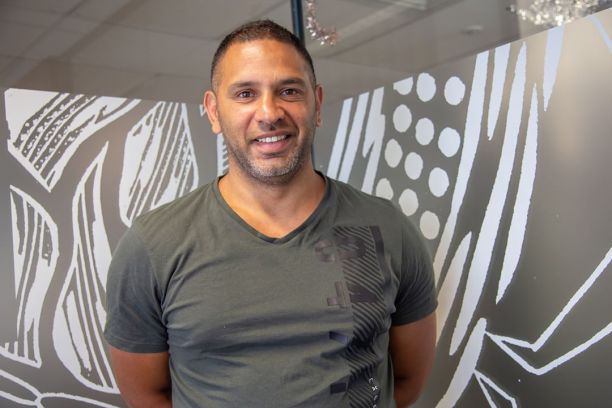 Dr Nickalus Asera Saveka still can’t quite believe he has completed his Bachelor of Dental Surgery. Hailing from both Murray (Mer) and Moa Islands in the Torres Strait, he never thought he’d even make it to university. Yet as a mature age student he found himself accepted into the JCU dentistry course.

Dr Saveka is now one of only a handful of dentists in Australia from either an Aboriginal or Torres Strait Islander background. He said it is such a rarity that even when he was undertaking his fifth year student placement on Thursday Island, the community didn’t believe he was one of their own.

“I would talk to them in their Creole dialect, a type of Pidgin English, and they would look at me with surprise, and still not even register that I was a Torres Strait Islander,” Dr Saveka said.

“They had never seen anyone of their kind as a dentist before. I felt it was a big thing going back there to work as a student dentist.”

Dr Saveka’s advice for Aboriginal and Torres Strait Islander students is to always believe in themselves, to feel the fear and do it anyway.

“We have to change our way of not aiming for anything higher, because we think we’re not smart enough. I was never smart at school either, but it’s just that thinking.”